Nym is developing the infrastructure to prevent data leakage from existing internet protocols. It does so by protecting every packet’s metadata at the network and application layers. Specifically, Nym protects against even the most powerful network adversaries that can observe every packet going in and out of your internet connection. With Nym, you can use the internet without fear of being watched.

We’re excited to announce that registrations for the Nym Token Sale are now open. Nym is the next generation of privacy infrastructure that is built to prevent data leakage from existing internet protocols.

The sale begins on February 9, 18:00 UTC and includes two options:

The registration deadline is February 6, 23:59 UTC.

Nym is developing the infrastructure to prevent data leakage from existing internet protocols. It does so by protecting every packet’s metadata at the network and application layers. Specifically, Nym protects against even the most powerful network adversaries that can observe every packet going in and out of your internet connection. With Nym, you can use the internet without fear of being watched.

A few reasons that we’re excited about Nym:

NYM is the native token of the Nym mixnet. It is a utility token that rewards mix nodes for mixing traffic and providing privacy for users of the Nym network. Users will use NYM tokens to access the mixnet and send their data through it. The fees, collected in NYM, go to a reward pool which is distributed to mix nodes. Mix nodes are rewarded based on their performance and the amount of NYM bonded to their node. People can delegate NYM to mix nodes as a bond signaling reputation for that node and earn a share of the mix node rewards. This supports decentralization and encourages the mixnet to have a high quality of service by involving the broader community in the process of selecting nodes. 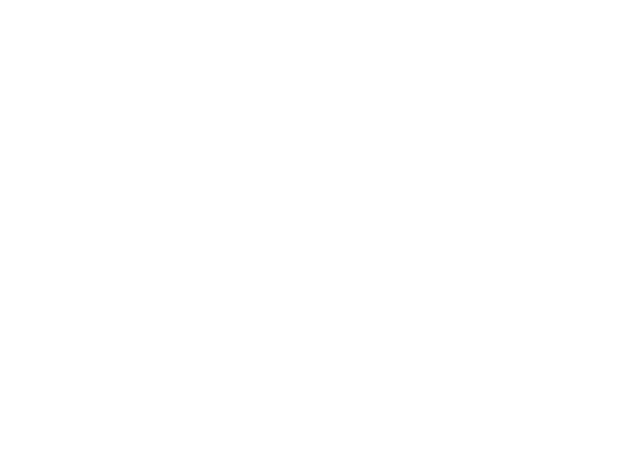 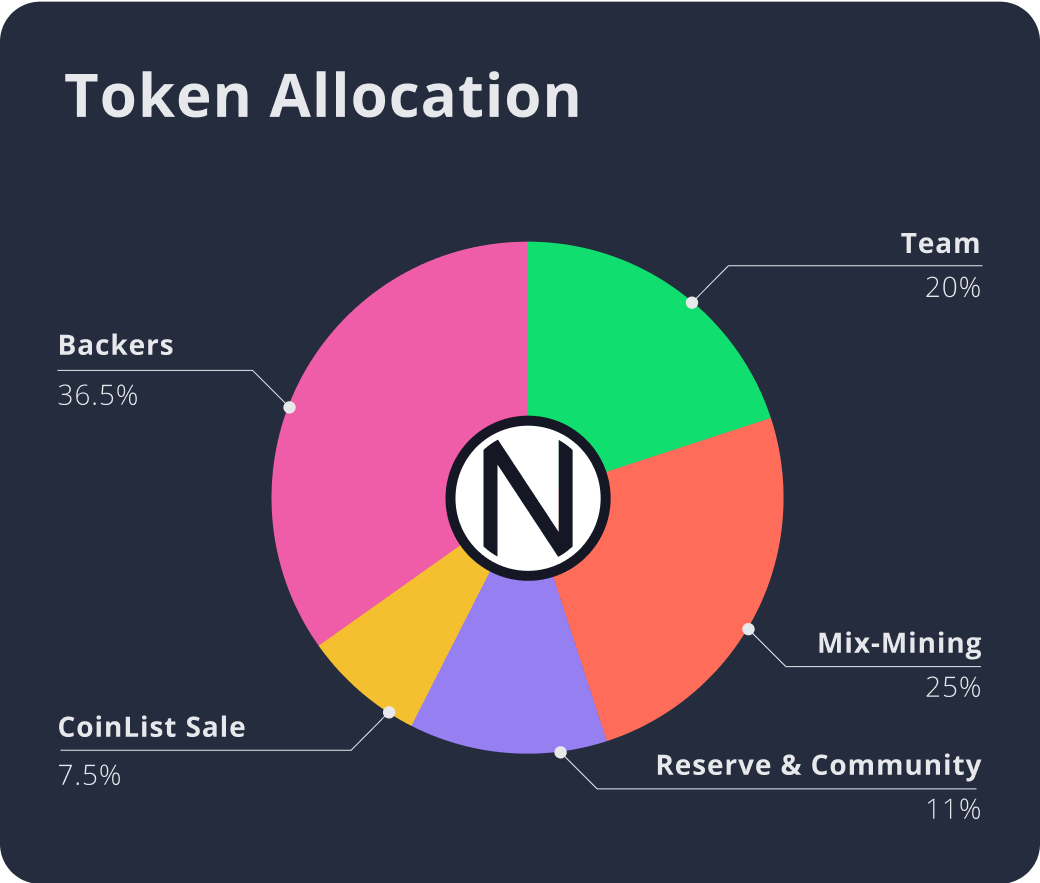 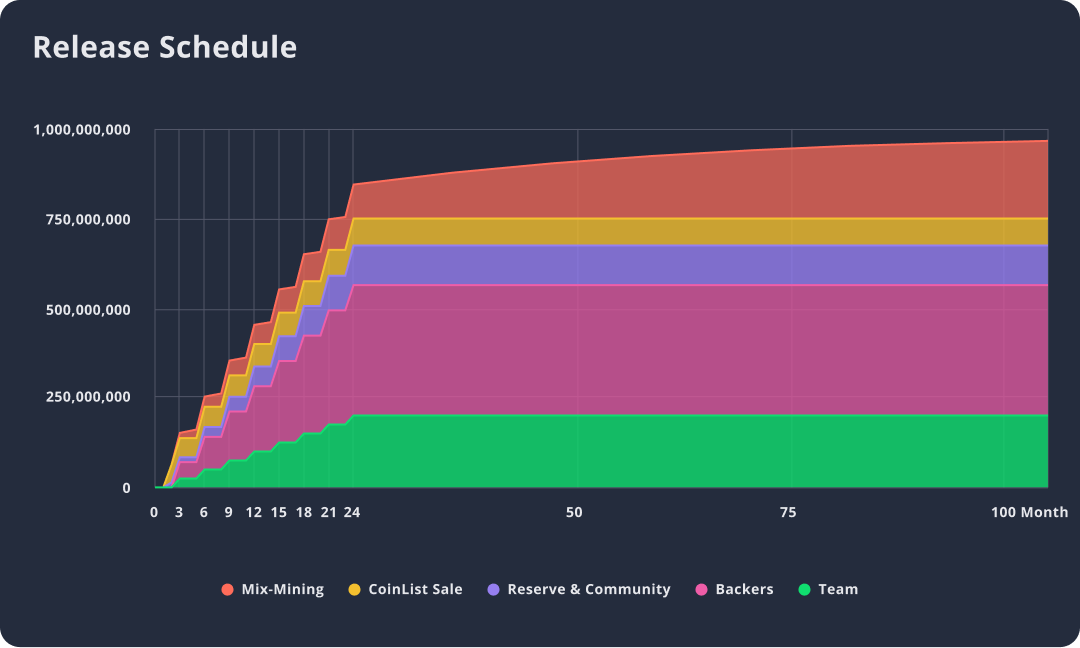 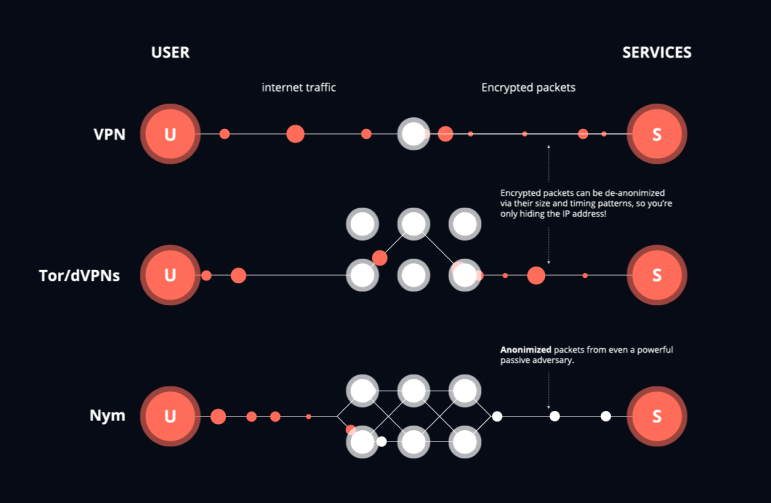 How powerful is Nym for protecting privacy and how does it compare to VPNs and Tor?

Nym is a next generation privacy infrastructure. The aim is to defeat surveillance in the age of machine learning algorithms and powerful network wide monitoring.

The most broadly used network-level privacy solutions are VPNs (virtual private networks). Although VPNs provide the ability to hide the precise IP address of a user, they are a centralized solution. This means that VPN providers can fully observe all network traffic between their users and the public internet, knowing exactly what services its users are accessing at any given time! Furthermore, VPNs offer no protection against powerful network adversaries.

Tor tries to solve this surveillance problem by routing a ‘circuit’ through three relays, which provides better privacy than single-node VPNs. Tor encrypts traffic multiple times, so that only the final Tor node can see the destination. However, Tor’s anonymity properties can be defeated by an entity like an intelligence agency that is capable of monitoring the entire Tor network’s “entry” and “exit” nodes. This is because Tor does not add timing obfuscation or cover traffic to obscure the traffic patterns in circuits, which can be used to correlate flows and deanonymize users. However, Tor’s design is expected to continue to be “best of breed” for web-browsing and other stream-based traffic.

Nym can provide more powerful network-level privacy for cryptocurrency transactions, e-mail, instant messaging, and any other message-based traffic. Unlike Tor, Nym’s mixnet design guarantees network anonymity and resistance to surveillance, even in the face of adversaries capable of monitoring the entire network, by adding cover traffic and timing obfuscation. The Nym mixnet is decentralized, rather than operated by a trusted provider like a VPN, as it uses blockchain technology and economic incentives to decentralize the network. Nym node operators are incentivized to run nodes and provide good quality of service and uptime. Software updates are governed through community adoption as decisions are made by the node operators and token holders. 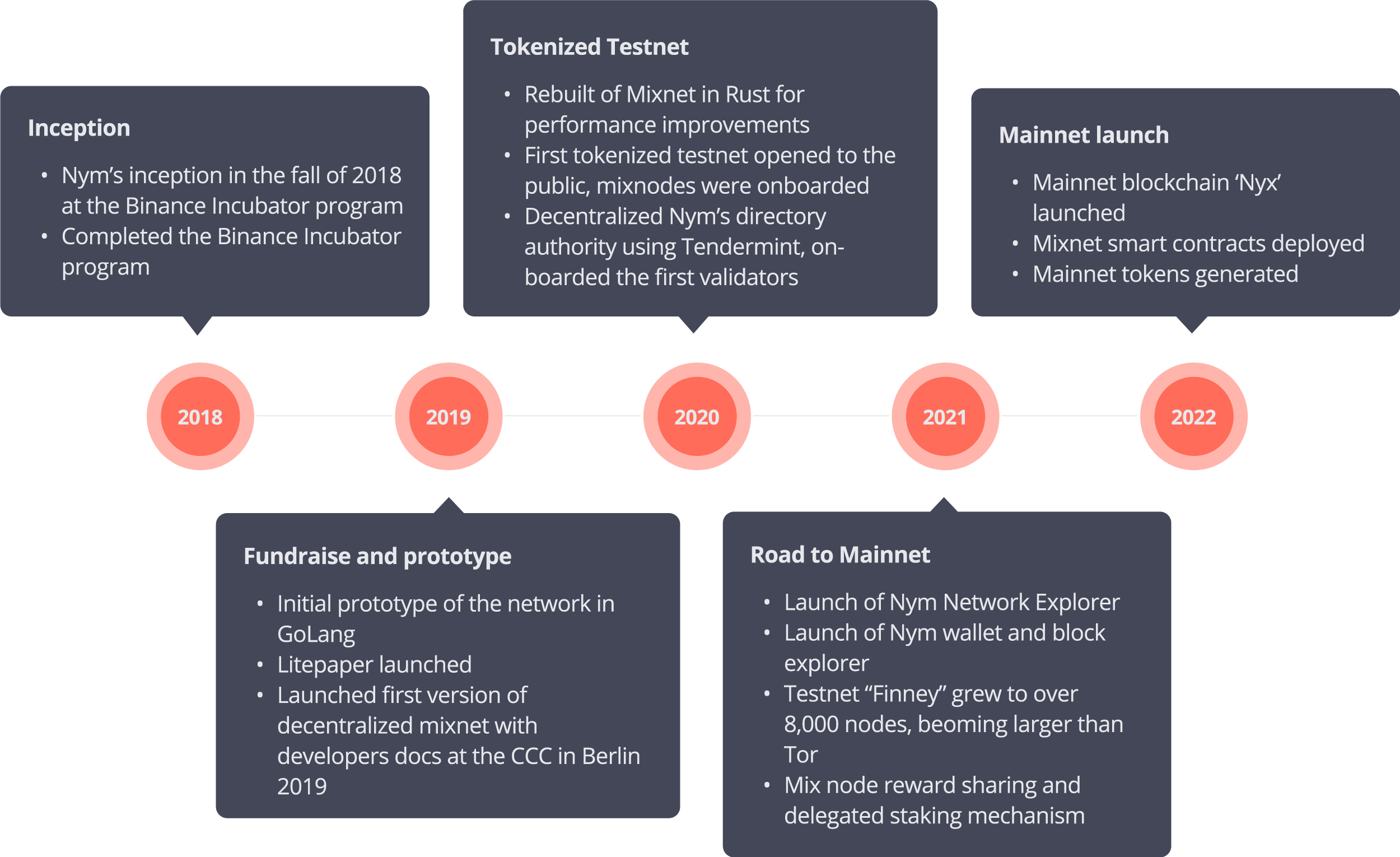 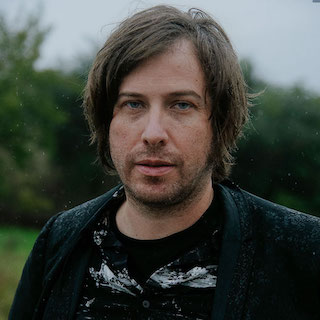 Harry Halpin, CEO:Ph.D. in Artificial Intelligence from University of Edinburgh, where machine-learning made him realize the power of surveillance in the algorithmic age. Now he is betting big on Web 3.0 to fix the surveillance issues the original Web is incapable of fixing. Harry led the European Commission projects on surveillance (NEXTLEAP) and played a pivotal role in the mixnet project (PANORAMIX), which led to the technologies used in Nym. He is a ‘veteran’ of standards used by Web 1.0, and used to be a member of Tim Berners-Lee’s W3C Team, leading the Web Crypto API. Harry left the W3C and MIT, disagreeing with putting DRM in everyone’s browser. 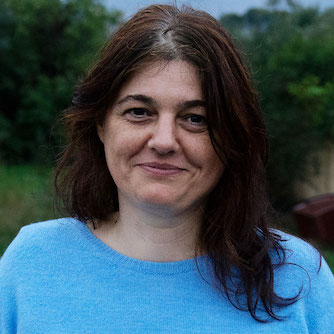 Claudia Diaz, Chief Scientist:Professor of privacy technology at KU Leuven, she wrote her Ph.D. on mixnets (also at KU Leuven) and pioneered how to measure anonymity and design anonymous communication networks. She has published more than fifty contributions to privacy technology, from web tracking studies to privacy by design, often with a focus on the protection of metadata. Claudia worked with Harry in PANORAMIX and decided to join him when he started Nym. 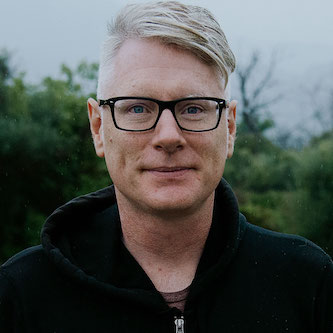 Dave Hrycyszyn, CTO:Co-founder and CTO of Head, a London software consultancy. Author of Scalatra in Action, a book about scalable microservices. Worked with George Danezis on sharded blockchain systems since 2015. Helped build the initial version of Vega. Designed and built one of the fastest (500K TPS), horizontally scalable blockchain systems in the world, which led to a deal with Facebook’s Libra. Worked at Libra for a week, then quit and joined Nym. 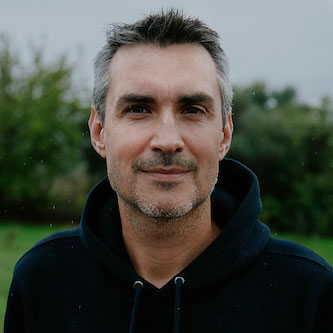 Alexis Roussel, COO:Co-Founder of Bity.com, a crypto-finance service provider in Switzerland and president of the board of Relai.ch, a Bitcoin only wallet. He holds a Masters in Technology Public Law and has served as an E-Governance Specialist for the United Nations, and was the President of the Pirate Party of Switzerland – aimed at promoting a human-centric and distributed approach of a technological society. He is frequently in the Swiss media discussing privacy and digital rights issues. He is the co-author of the book “Our precious digital integrity”. He is also the appointed cryptocurrency expert for the Swiss regulator ARIF.ch.